Due to nasty cold weather in Lisbon we decided to escape to the countryside.  We drove 3 hours north of Lisbon through some beautiful agricultural landscape.    Fields of olive trees and vineyards  for as far as you could see.    Not a horse, cow or sheep were to be found grazing.     Our first stop was a medieval castle that sat high on a lone butte.   There was a quaint village that accompanied the  Ourem castle ruins.   The panoramic views were stunning.
Next we traveled to Fatima and  Portugal’s “mini Vatican” as one Portuguese described it.     They had a large outdoor firepit where people could buy candles of various lengths and take them to this firepit and throw them in.    The smell of styaren filled the courtyard.
Roland set the navigator on “most scenic route” from point A to B.   It was quite amazing the roads and narrow streets we were instructed to follow.   In one village the road was so narrow between houses that our compact car just barely passed.   A repeated question:  “where is she taking us now?”
The next day we drove to Sintra together with Billy and Maria from Miss Brazil. Sintra is only 20km from Cascais Marina.   This is a magical village that would require daily visits for a week to see nearly all the sights.    The Portuguese Royal family used the hilltop castle for their summer place to escape the heat of Lisbon.  Consequently many extremely wealthy people built extravagant estates in the late 1800s, early 1900s  to be near the royal family.  The village developed from there and today is full of markets, shops, museums, galleries and of course restaurants.   We toured a  estate designed and built by a Italian and the gardens surrounding the house were elaborate and beautiful as shown in the photos. 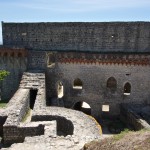 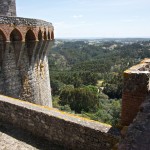 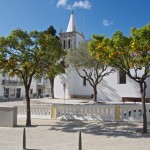 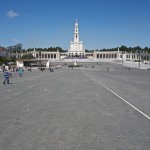 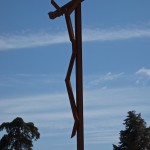 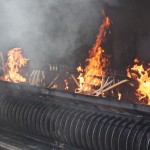 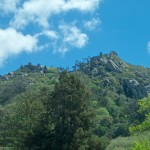 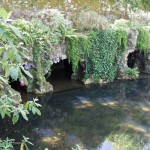 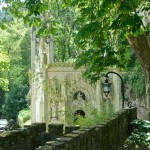 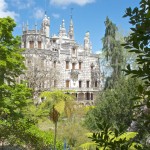 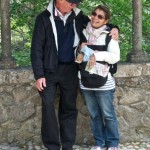 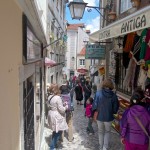 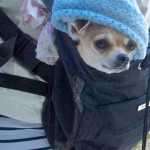