The north easterly winds have been aggressive this past week and as our direction is NE, it is unpleasant to have the wind, waves and current on the nose.      Marina Almerimar is quite large and has very good protection against the east winds.    This marina is quite popular over the winter.   The surroundings to the marina are not nice, as most of the land is covered by green houses made of plastic. Prices are very reasonable and the staff is friendly.      We spent our  week  here exploring beyond the plastic.
Sierra Nevada Mountains
14 peaks more than 3,000 meters (9.800 feet) high.   The snow stays until July in places and starts falling again in late autumn.     We drove to a ski resort that is 1.5 hours from the sea.   The elevation 2,500 m.
We did most of our touring on the southern slopes in the region called Las Alpujarras.
Chestnut, walnut and poplar trees:   Vineyards and olive trees:   quaint white villages which sit on the steep hillsides.    Trevelez is a village which specializes in  hams cured in the cold, dry air.    Fuente Agria offers a spring to drink the iron-rich, naturally carbonated waters.    In Valor a commemorative battle between Moors and Christians is staged annually in mid September.
GRANADA
I am quite sure you could spend a entire week in this cultural city.    You need one full day just for the Alhambra and tickets must be purchased well in advance.   Granada hosts many music festivals, the architecture, the aroma of the many tea and herb shops makes this a fascinating and magical place to visit.
Caverns of Nerja   (Cuevas de Nerja)
A series of caverns which were discovered by boys in 1959.   There are only a few open to the public and worth the visit.    Wall paintings found are believed to date back 20,000 years.   One of the caverns has been converted into a small auditorium where concerts  are held during the summer.
The city of Nerja is well established and is quite beautiful, especially the old town.     From here, for example,  you could be at a ski resort in 1.5 hours or  Granada in 1 hour.
ALMERIA – Alcazaba
The Alcazaba dating back to AD 995 is the largest fortress built by the Moors in Spain.   It withstood two major sieges before falling to the armies of the Catholic Monarchs in 1489.  The Alcazaba has a Mudejar chapel and gardens. 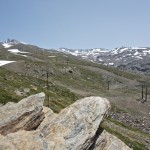 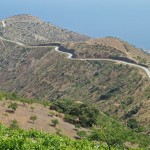 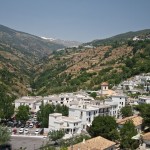 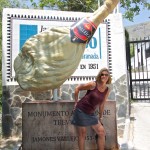 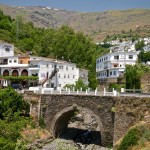 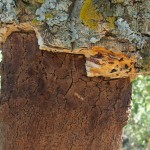 Cork for the Rioja? 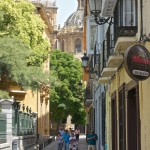 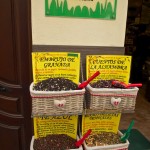 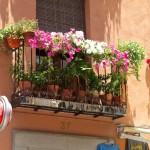 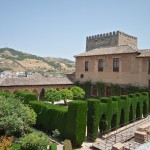 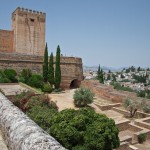 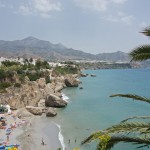 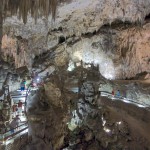 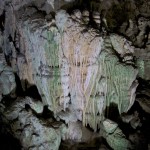 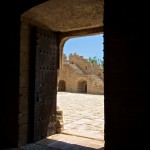 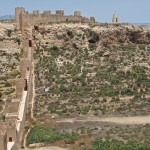 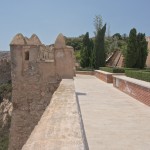