Now on the East side of Peloponnisos our first stop was Monemvasia. The modern village is very good for food markets and restaurants/cafes. We were lucky and found space inside the breakwater and were able to side tie the boat, which is unusual in the MED. This provided us good protection for the coming Meltemi, which are strong NE winds that blow through the Greek Islands in July and August, quite often. So this being our first Meltemi we were abruptly awoken at 0550 when the wind went from calm to strong like the flip of a light switch. The first two hours was chaos in the harbour for boats that were stern tied to a dock that was very exposed to the winds and building waves. Anchors were dragging, people falling in the water to grab lines, screaming orders above the noise of the wind. At times it was quite suspenseful. The Meltemi lasted for 2 days, the second day being stronger winds. Turtles that came into the harbour several times a day also provided entertainment. One turtle was extremely large. We spent time with Craig and Julie, “Hullabaloo of Normandy” from Australia who have been on the same route as we are. Craig saw us at anchor on the south coast of Portugal last year but we did not meet until a week ago while hiking in fort ruins on a hill top. Dinner with Craig and Julie

The real gem here is on Monemvasia Island, connected to the mainland via a short bridge. They refer to this island as the “Gibraltar of Greece” as it is quite similar in shape. Here is a old fortified village of Byzantine origin, although the Venetians rebuilt much of it.
This village is a favorite of ours so I will let the photos speak for themselves. 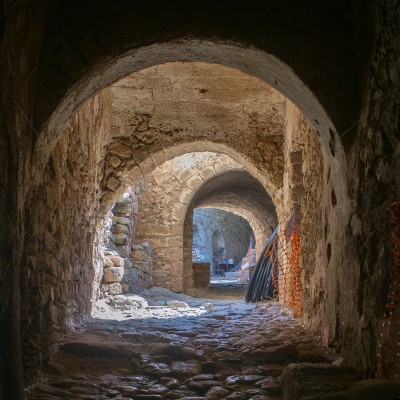 tunnel to upper village that was closed 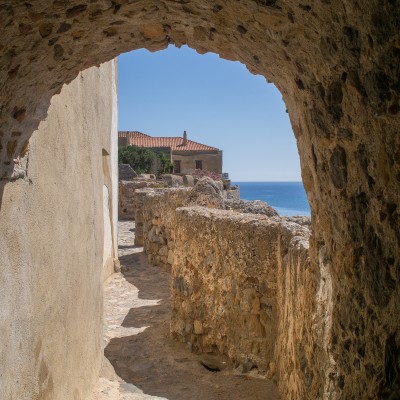 along the lower wall 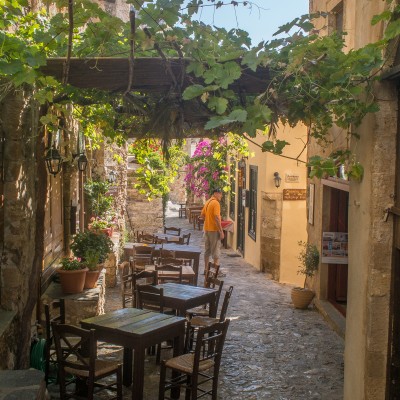 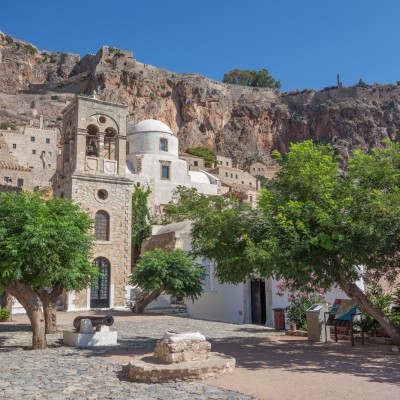 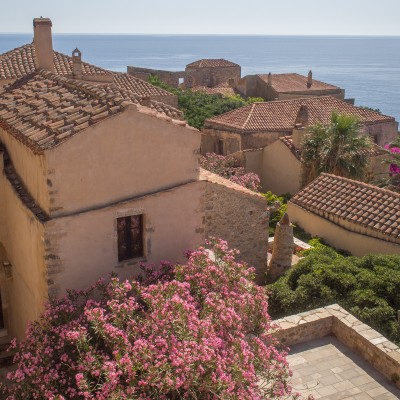 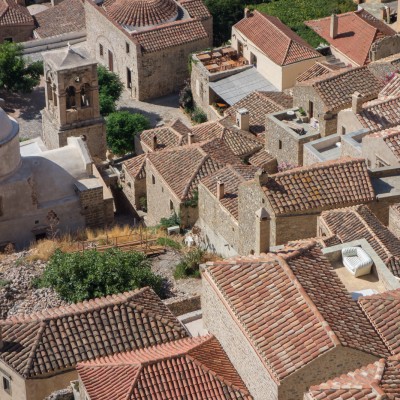 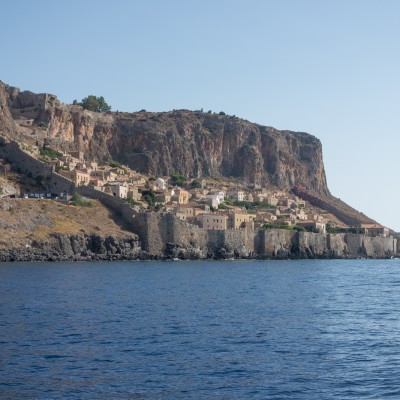 Monemvasia from the sea 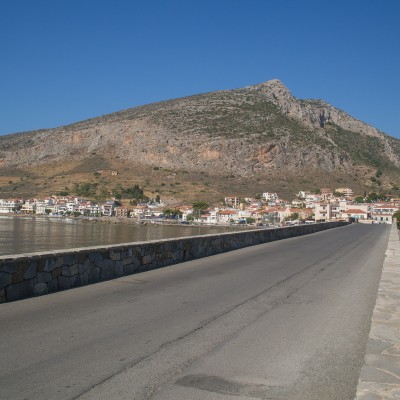 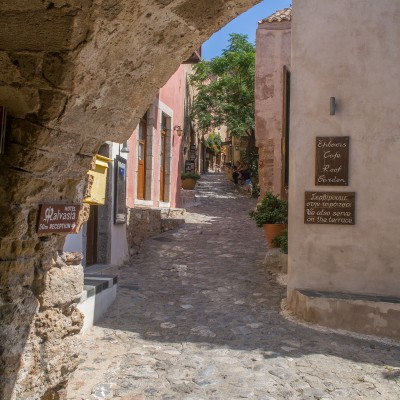