Outside the marina to your left (10 minutes walk) you find a fantastic restaurant, Taberna dos S Pedro. Specialty is off course fish as you are in the heart of a fishing village. It is a fun local restaurant. You get the feeling that you walked in to someones home. It is a very popular restaurants among the locals.

You find the restaurant in the corner of  Rua Agostinho Albano / Rua Costa Goodolfim.

You can not miss it, as the barbecue is placed outside the restaurant on the side-walk. Here you can watch the chef grilling your meal.

Finnish the meal with their famous “Creme de Brulé”.

We left Baiona early in the morning and set course for Povoa de Varzim, Portugal. We got some hours of sailing when the see breeze started to blow around midday.

Povoa de Varzim has an inexpensive marina with a friendly staff and lots of cruisers. The marina itself is not very attractive and is priced accordingly. It is dirty, dusty and looks tired. Cleaning the docks from bird poop would help! It is a short walk in to town were you find restaurants and stores.

We were planning to use the Metro to visit Porto. Then we heard about the new marina on river Douro in Porto and we decided to give it a try. BL was flying down to Porto in strong Easterly winds. The entrance to river Douro can be difficult, but the sandbar is gone and a new breakwater in place. Still you should be careful entering the river in strong W-NW winds especially if the tide is going out. We had no problems and were met by the marina tender when we approached Douro Marina. Friendly staff here as well. This marina is brand new. There is still construction work on shore going on that is planned to be finished in December 2012. It is more expensive here than in Povoa de Varzim but the most service oriented marina we have encountered. The marina provides fresh rolls to visiting yachts each morning around 0800.  The marina is located on the “Vila Nova de Gaia” side.

We visited the historical part of Gaia with all the port wine cellars for tours and tastings. We took a boat tour from Régua down to Porto. The river Douro is on the word heritage list. The valley is very pretty with vineyards. Because of the steep terrain, the grape harvest is all done by hand. Thousand of workers arrive in October for harvest where they fill baskets with grapes and haul them out on their backs. Porto is a very interesting city from a tourist point of view. Lots to do and see. The people are extremely hospitable and friendly. It was also easy to communicate as many spoke some English. We also like the Portuguese food. 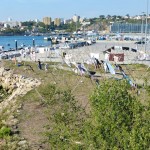 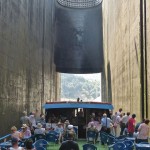 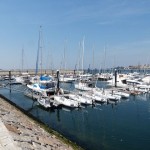 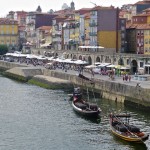 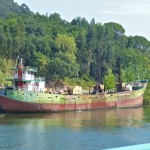 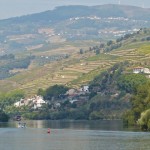 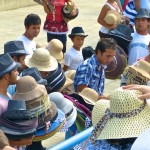 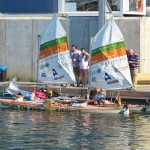 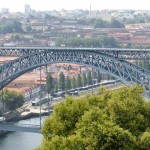